Hold Our Beer – One Off Series. 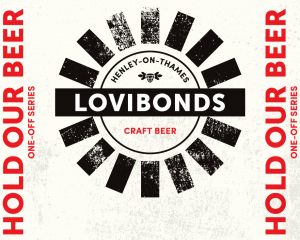 Being somewhat purest brewers the modern milkshake looking Pale Ales and IPAs haven’t really tripped our trigger, but in any event we thought we’d have a go at this style before the trend dies down.   We ended up with the body, mouth feel and nice dank hop aromas and flavours of a modern NE Pale Ale, however, without the murkiness.

Jeff’s sister works as an assistant brewer at Ooga Brewing Company in Beaver Dam, Wisconsin, USA.  In 2022, Ooga won the prestigious Gold Award at the World Beer Cup for their Jalapeno Cream Ale called Holla!  Jeff contacted Ooga head brewer Jeff Scanlan and he freely gave up the recipe and process required to brew a batch on this side of the pond.  In what other ‘industry’ would that happen!?  For this small batch we contacted local pepper grower and hot sauce master John at Johnny Hot Sauce for the Green Jalapenos used.

What we were going for here is to have a hint of the unmistakable aroma and flavour of fresh Jalapenos in a base beer that lets is shine through.

Being somewhat purest brewers the modern milkshake looking Pale Ales and IPAs haven’t really tripped our trigger, but in any event we thought we’d have a go at this style before the trend dies down.   We ended up with the body, mouth feel and nice dank hop aromas and flavours of a modern NE Pale Ale, however, without the murkiness.

Fifth in our One Off Series, is a German Style Maibock.   The medium body yields a robust malty-sweetness, while a mild, balanced hoppiness leads into the crisp finish.

German Maibocks were typically brewed to celebrate spring time, released in the month of May.  Our Maibock was brewed back in February and has been patiently lagered until this time.

Forth in our One Off Series, is a Braggot (Mead made with Barley Malt) and is currenlty aging in a custom made Scottish Whisky Barrel, stay tuned.

Third in our One Off Series, is an American Brown Ale.  Nutty, chocolatey and rich with a firm bitterness from roasted malt and heavy American hop load.

The brewing community lost a legend by the name of Mike ‘Tasty’ McDole earlier in the year.  This recipe is a take on Tasty’s most famous recipe, Janet’s Brown Ale and has been brewed by hundreds, if not thousands of home and professional brewers around the world.

If you liked our discontinued Dirty 69, this beer is very similar.  RIP Tasty!

Second in our One Off Series, something we’ve always wanted to brew…a beer without hops.  In the relative history of beer, hops have only been used for a very short time.  Today we use hops for several reasons:  for bitterness to balance out the sweet malt, for flavour and aroma and for the natural preservative quality.

Prior to hops being used, brewers relied on a magical mix of herbs called Gruit.  These beers reportedly had a stimulating and sometimes psychotropic effect.  We chose a blend of Mandrake, Mugwort, Yarrow and Wormwood for our first Gruit.

For the malt bill we put ourselves back in time using what we feel brewers may have used in the day, a blend of malted barley, flaked oats, malted wheat and Henley honey.  The beer pours super bright golden, with a distinctive herbal nose.  The flavour is fresh and clean with just enough bitterness from the herbs to make a balanced beer.

First in our One Off Series, the classic German Märzen.  Brewed with Germany’s finest malt and fermented with a classic Bavarian lager yeast strain, and patiently lagered for 6 weeks.

Deep amber in colour with malty aroma.  Slight sweetness up front but finishes clean with a touch of roasted malt.